3 challenges of working in the freight industry in Mexico

The outlook of the freight industry in Mexico has several challenges. In this post, we will talk about three difficulties that have damaged the industry and affected the way carriers work.

Every year, the world’s conditions have changed and show us some opportunity areas and some difficulties that the business industry needs to face. There are problems that have persisted through decades and that can make the difference between a company, big or small, even if it lasts or disappear if it can not adapt. The lack of drivers, insecurity on the roads and the trouble to renew the equipment are some of the main worries that carriers are facing today.

Drivers are an essential part of freight transportation that has been long lacking. Recruiting and keeping them has become a whole new challenge to businesses, that rather lose a client than an efficient worker. It is estimated that in Mexico there is a lack of about 70,000 drivers, a number that could grow in the next years.

On the other hand, lack of diversification of the workforce, composed most of it by men, has not promoted that women’s inclusion in the industry makes a meaningful difference. The fact that a lot of experienced drivers have begun to reach retirement age is another issue that decreases the numbers on this workforce. Lack of drivers means low availability of transportation (and the demand is still going up), even the impossibility to maximize the exploitation of freight transportation capacity which translates in money losses and high rates.

The best-positioned companies have chosen to use strategies like increasing incomes and give a decent deal to the workforce. This has caused a change of perspective that lets us make changes towards the workforce’s well-being and promotes the professionalization of drivers. Investment in training centers of their own, for example, allows companies to hire staff quickly and at the same time, it allows them to increase their fleet. All of this turns into an advantage to the profession, however, it makes them generalize and solve the lack of drivers at a large scale.

The danger on the roads is a huge challenge to the freight industry, as well as another reason that difficult hiring and keeping drivers. On one side, traffic accidents are a permanent danger due to the lack or absence of maintenance on the roads. Driver’s long journey related to short availability of operators facing the high demand is an element that increases the risks of having an accident, the same happens with weather disruptions. A lot of companies choose to train their workforce on defensive driving and under severe weather, and must invest in insurance and maintenance of the trucks.

On the other hand, the more terrible threats are the ones that include extortion, kidnapping, information leak, and merchandise theft. In Mexico, there are around 4,500 robberies to freight companies every trimester perpetrated by organized crime, which sells the merchandise as unregulated vending. The areas where there are organized crime groups are gathered are also the areas where the freight is more in danger of being stolen.

A lot of companies do not report the crimes since they do not trust Mexican and American authorities, besides, they are afraid of the criminals. A high percentage of the robberies are reported by the clients, while a lot of them are not reported since they were partial losses.

Actions are taken by companies to ensure the safety of the loads include surveillance and tracking, custody, and insured merchandise. Some of them search safety certifications (like C-TPATP or ISO), reactive protocols to search for the loads, electronic safety systems, deep background checks on the staff, drivers trained in safety protocols, etc. There are even some businesses that have come together to share information and work together in order to avoid high jacking.

All of these plans do not avoid the problem. Even if you can locate the truck, most of the time the load will not be there. Also, half of the thefts already know what kind of merchandise is on the truck since it leaves the distribution center, while the other 50% are random events. Even though the sale and use of gadgets that block the vehicle’s GPS signal have been regulated by Mexican authorities, it still can be bought online.

When businesses are hit by insecurity and cannot fulfill their job, the image of all supply chain parts (supplier, producer, carrier, driver) gets damaged, since the demand of products is not meet, which also gives a sense of lack of reliability. All of this implies economic losses, from the stolen merchandise up to the expenses related to risk prevention, which makes freight rates go even higher.

Most of the trucks in Mexico have been around for 20 years. With the pandemic, renovating the fleet has become even more difficult. The automotive industry around the world is going through a crisis due to the sanitary emergency disruption on supply chains, which has caused the lack of supplies (such as microchips or tires) to trailer production. This could not be more inconvenient, since right now is when the demand for this kind of vehicle has increased because of the change of consumption habits caused by the COVID-19 and the rise in the economic activity in the U.S., the main commercial partner of Mexico.

Initiatives to promote sustainability have also been stopped since the units equipped for this end are more difficult to obtain since there are few microchips; besides, the high rates have made it almost impossible to pay for this kind of vehicle. Analysts and people from the field have appointed that, before the pandemic, there was the need to use fiscal stimulus by the federal government that helps the business (mostly the small ones, which are half of the transportation companies in Mexico) to get better units.

IMPORTANCE OF SUPPORTING THE FREIGHT INDUSTRY IN MEXICO

All the above generates high operational costs to freight transportation, which take a lot of companies near to disappearing. The terrestrial transportation business generates 3.3% of the Gross Domestic Product in Mexico. Besides, it is related to most of the companies in the country and is in charge of the majority of economic activities. Collaboration between public and private initiatives to reduce the challenges that it is facing would be good not only for the businessmen but for the whole economic outlook. 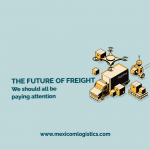 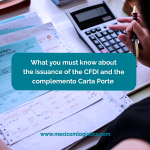