[Download Calendar] When supply chains may be affected by public holidays in Mexico, the United States and Canada?

“Your shipment won’t make it on time, because it is a holiday in Mexico” Can you relate? If your business ships freight between Canada, the United States and Mexico, this situation may be familiar to you. To manage cross-border freight transportation across the North American Trade Zone,   it is important to be aware of the current situation of the trucking industry and of how the Freight Market and rates work in the freight transport industry.  But it is also important to learn about the factors that can impact the operation of supply chains, such as the different holidays in Mexico, the United States, and Canada. This post will help you with that.

To make your task easier, Mexicom Academy has created a calendar for shippers, with information on the days on which there may be delays in the delivery of goods, due to the occurrence of a holiday in one of the countries in the North American trade zone.  As a bonus, we also add the dimensions and weight limits for freight being transported on  Dry Vans, Flatbeds, Step-decks, Double-drops and Reefers.

This calendar will help you better plan your trips and anticipate common problems that affect supply chains on the eve of or after holidays, such as late pick-ups, late deliveries, unplanned stays, lack of staff to pick up goods, higher rates due to low availability, lack of equipment to cover shipments, etc.

Our calendar shows business days that are impacted by holidays in Mexico, the US and Canada

Download our calendar by clicking here or on the following image: 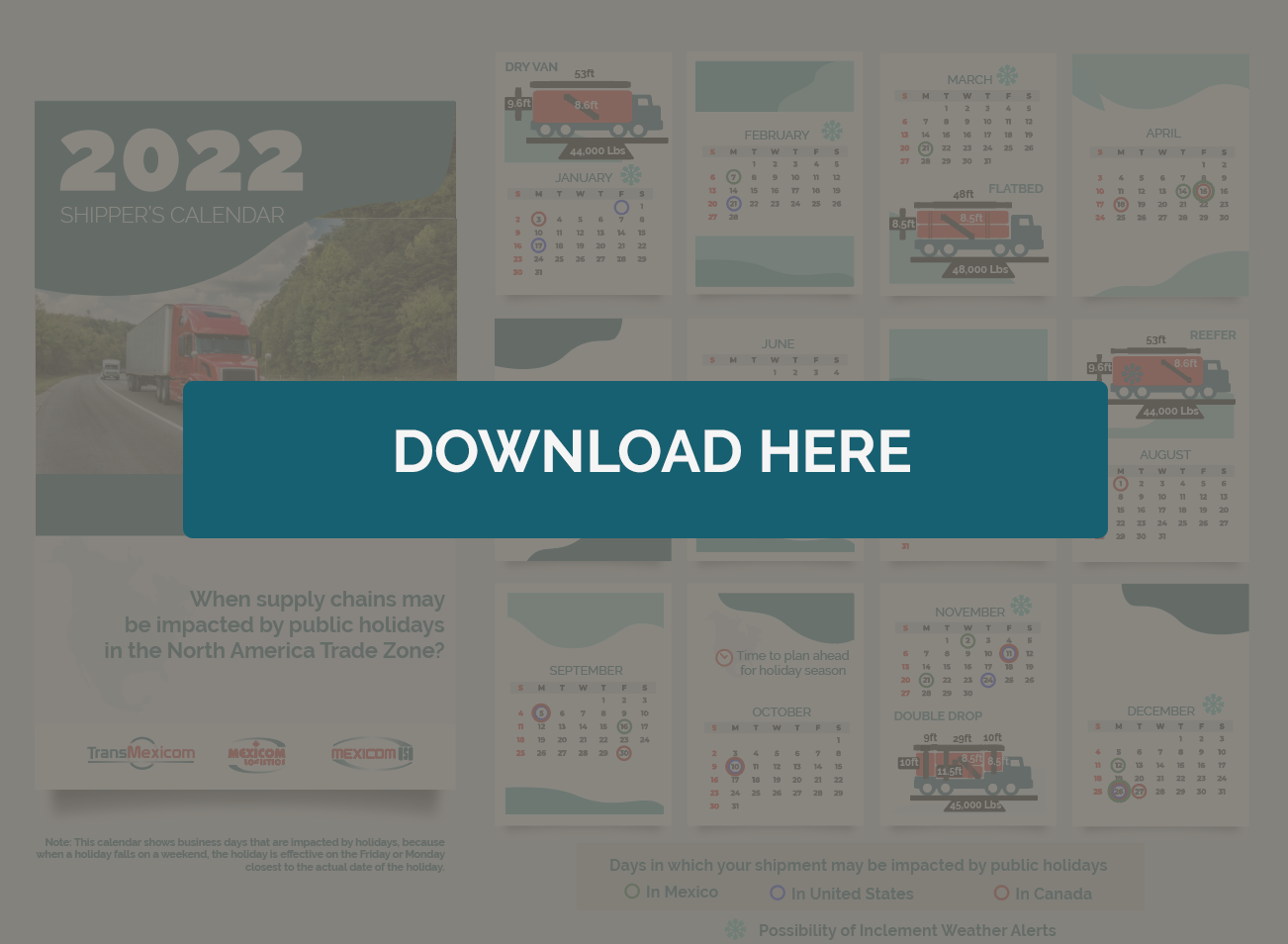 When can supply chains be affected by holidays in Mexico, the United States, and Canada?

A compilation of holidays in the North American Trade Zone

Note: These dates show business days that are impacted by holidays. When a holiday falls on a weekend, the day off is taken on the Friday or Monday closest to the actual date of the holiday. 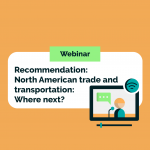