The USMCA is the new trade agreement between Mexico, the United States, and Canada; if it is approved by the chambers of each country, it will replace NAFTA. We present key elements of this trade agreement, the main changes in comparison with NAFTA and the impacts on the region.

The USMCA extends the minimum period of protection of patents for biological drugs to 10 years. Currently, patents are protected for 5 years in Mexico, 8 years in Canada and 12 in the United States.

During this period, the patent owner will have the exclusive right to sell the drugs. This basically extends the period that a drug can be protected from generic competition and, as generic drugs are less expensive than patent drugs, this would mean an increment in the drug’s prices.

Biological drugs are generally more complex than those chemically generated and are used to treat diseases such as cancer, arthritis and multiple sclerosis. Last year, seven of the 10 drugs that contributed to the sale of patented drugs in Canada were biological, according to the Patented Medicine Prices Review Board (PMPRB).

Rules of origin in the automotive industry

The rules of origin of the new trade agreement between Mexico, the United States, and Canada in the automotive industry indicate that the car must have a content of regional value of 75% (currently it is 62.5%) and 70% of steel and aluminum must be from North America.

In addition, it includes a labor value-content requirement, which means that at least 40% of the value of a vehicle must be produced by workers earning at least US $ 16 per hour, this is intended to encourage production in Canada and the United States.

These measures raise the cost of production in the region, discourage production and investment in Mexico, a country in which production costs are lower, increase the price of vehicles for the final consumer and, overall, aim to reduce the car trade in the region. This could trigger a decrease in exports of cars to other markets, considering that automotive manufacturing in Asia and Europe is not subject to these rules of origin.

Restrictions on trade with China

In the  USMCA, if one of the signatory countries of the agreement seeks to create trade agreements with non-market economies -such as the Chinese economy- it is obliged to officially inform its counterparts three months before beginning negotiations.

Also, before signing any agreement the parties should have the opportunity to evaluate the impact that the agreement might have for them and request changes in the agreement.

In this way, Mexico and Canada must consult the United States before they can start negotiations with China.

Changes in the dairy, chicken and egg supply chain in Canada

In NAFTA, Canada had limited dairy and cheese access to its market. In the new USA, Mexico, Canada trade agreement, Canada agreed to open 3.6% its dairy market, which will allow the entry of more US products. On the other hand, Canadians managed to maintain their quota system and imported milk tariffs ranging from 150 to 298%.

For its part, the United States will allow the entry of dairy products, peanuts, peanut products and a limited amount of sugar to Canadians. 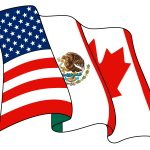 Reactions of the Canadian, American and Mexican press on the USMCA, the agreement that would replace NAFTANAFTA, TLCAN, USMCA 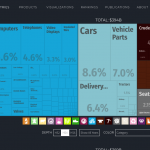