Reactions of the Canadian, American and Mexican press on the USMCA, the agreement that would replace NAFTA

By Marben Acosta Terán
Posted October 11, 2018
In NAFTA, TLCAN, USMCA
Reactions of the Canadian, American and Mexican press on the USMCA, the agreement that would replace NAFTA2018-10-112018-10-17https://mexicomlogistics.com/wp-content/uploads/2017/03/logo-white.jpgMexicom Logisticshttps://mexicomlogistics.com/wp-content/uploads/2018/09/artboard-1-100.jpg200px200px
0

Recently the United States, Canada, and Mexico reached an agreement that would replace NAFTA: the UMSCA, which is awaiting ratification by the three countries. The new agreement – with controversial, mouthful name-  has been well accepted by some, such as Trump, who called it “Victory for American Industries and Workers”. On the other hand, it has been deeply criticized by opponents who say it will be a brake on trade. For example, some analysts highlight that it will be a barrier to establishing trade agreements with thriving economies such as China. Also, some describe it as an agreement with substantial changes, while others present it as an imitation of NAFTA.

Given the plurality of visions, we present you a glimpse of what is said in the national press of Mexico, the United States, and Canada about the UMSCA, with the intention of helping you to have a broader vision of what this agreement means for each one of the three countries.

Mexican Press on the USMCA

El financiero – “The agreement between the United States, Mexico and Canada (USMCA), which would replace NAFTA and pending ratification by the three countries, increases protectionism, by erecting more barriers to trade and investment. This is the result of the leadership exercised by the United States in the negotiations, as well as the vision of international trade maintained by its administration. ” (translated quote)

Milenio- “An agreement that clearly has considerable advantages for the United States, which imposes certain locks to be able to have trade agreements with other economies such as China.  But also the Asian country is taking measures to counteract this type of action and announcing that it will stop importing fuel from the United States and announces that it will seek negotiations and agreements with other countries.” (translated quote)

La Jornada- “The new United States-Mexico-Canada Agreement (USMCA) aims to bring more jobs to the United States, while Canada and Mexico accept more restrictive trade with their neighbor, their main partner. Although the introduction of changes in NAFTA and the reduction of US trade deficits were Trump’s important electoral promise, the agreement on Sunday leaves the agreement largely intact and maintains supply chains that would have been fractured under weaker bilateral agreements. “(translated quote)

American Press on the USMCA

New York Times –  “Text of the pact, released late Sunday, includes major adjustments in several key areas of the countries’ trading relationships. The agreement sets new rules for automobile production, meant to incentivize production of cars and trucks in countries that pay higher wages. It reduces barriers for American dairy farmers to sell cheese, milk and other products to Canada. It retains a tribunal for resolving trade disputes that the United States had sought to eliminate.”

The Washington Post-  “Trade deals typically aim to boost commerce among countries. What’s different about the U.S.-Mexico-Canada Agreement (USMCA)? Trump’s signature innovations showcase new attempts to make this type of deal result in less trade, not more. Here are four novel, trade-restricting elements: 1)New rules for how to make a (North) American car mean less trade in autos 2)Get ready for more auto tariff- and trade-related ripples 3) Canada will have to limit its dairy exports 4)No trade deals with China”

Fox News- “Trump administration negotiators reached a major agreement with Canada on trade over the weekend.  The breakthrough, which came on the heels of an earlier deal with Mexico, vindicates President Trump’s tough approach to reforming trade and will mark a fundamental turning point for American jobs and global power. Some of its breakthroughs include: Aiding farmers by curbing Canada’s high tariffs and low quotas on U.S. dairy products. Reinvigorating U.S. car manufacturing. Easing the burden on sick Americans who fund drug development by paying full price for patented drugs.”

Canadian Press on the USMCA

CBC News- ” While workers and consumers alike will be affected by the changes coming for Canada’s automotive and agriculture sectors, plenty of other things in the revised North American trade agreement will affect Canadians. Here’s a quick look at some of what’s new in the U.S.–Mexico–Canada Agreement (USMCA): Rising drug costs…Copyright extensions… ‘Buy America’ remains… all five of Canada’s supply-managed agriculture sectors are giving up shares of their protected market in this deal: dairy, eggs, chicken, turkey and broiler hatching eggs and chicks…No new professionals visas… Digital content protections …”

CTV News- “Reaction to USMCA deal rolls in: Not a ‘great win,’ but a ‘great save’. USMCA got mixed reviews as pundits and politicians grappled with the latest iteration of what was once called NAFTA. While the Liberals touted their trade negotiations as successful, others speculated about the cost they paid to draw a deal. “The Liberals are trying to say this is a great deal. This is a deal, and probably a deal better than no deal, but it’s still not a good deal,” said Conservative trade critic Dean Allison.”

Global News- “The province’s dairy producers say the new United States Mexico Canada Agreement will have a negative impact on farmers. The new deal could result in hundreds of millions of dollars in losses for the Quebec dairy industry.” 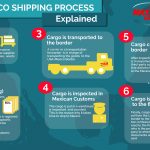 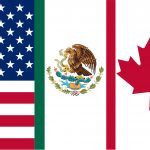