Strategies against insecurity in freight transport in Mexico

For the National Chamber of Autotransport of Cargo of Mexico (CANACAR), insecurity is the biggest challenge facing the Autotransport sector in Mexico. An example of this is the case of heavy transport (tractors and trailers), where the crime of theft grew 224% so far in the six-year period of President Enrique Peña Nieto, according to information from Proceso.

The states with the highest incidence of theft are Mexico, Michoacán, Puebla, Tlaxcala, and Veracruz. “The robberies in the highway easily are of 50 units daily, as much inside the city as in the road routes. One of the most dangerous points for truck drivers and companies is the triangle formed by Tlaxcala, Veracruz and Puebla, the Mexico-Veracruz and Mexico-Tlaxcala routes,” said Elías Dip Ramé, president of the National Confederation of Mexican Transport Companies (Conatram), in an interview for Proceso.

According to a study presented by the President of the Commission for Security and Crime Prevention (Concamin), José Refugio Muñoz, in 2017 the cost of insecurity to motor transport on roads was more than 92,000 million pesos, equivalent to 0.5 percent of the Gross Domestic Product of Mexico.

In this context, CANACAR presented the “Strategic Agenda against insecurity in the cargo motor transport sector“, which sets out the priority actions that should be carried out in terms of prevention, preventive policy and procurement and delivery of justice, and that we expose next: 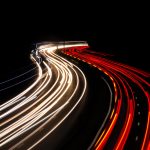 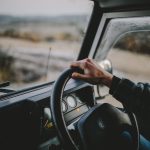 The new rule for driving and rest times for truck drivers in MexicoShipping to Mexico, Trucking