The norm that regulates the number of driving hours and mandatory rest times for operators of the federal motorized transport services entered into force on August 2018 in Mexico.

The new standards are similar to those applicable in the USA and Canada.

The new regulations aim to prevent drivers of heavy vehicles from driving tired, a factor that plays an important role in traffic accidents. The Ministry of Communications and Transport states that “there is a direct relationship between driving time and the risk of showing signs of physical or mental fatigue or both and causing its most tragic manifestation: injuries or death as a result of a traffic accident”.

According to data from the Technical Secretariat of the National Council for the Prevention of Accidents (STCONAPRA), in Mexico, every year road accidents cause 16,500 deads on average and cost the country around 150 billion pesos, which represents 1.7% of the Gross Domestic Product (GDP), this percentage is the sum of direct and indirect costs of said events.

The most relevant points of the law:

Every driver must take a break of 30 minutes when he has driven up to five continuous hours. This break can be distributed over a period of five and a half hours according to the conditions of the route.

The periods of pause, in no case may be cumulative.

During the entire driving time, the driver must carry the Service Hours Log and show it to the competent authority when it is required; which must be for personal and non-transferable use.

The permit holder of the federal motor transport of passengers and tourism and private passenger transport, is obliged to consider a second driver when the route time of the route exceeds 9 hours. Only in direct services of passage and tourism, when the route time of route is greater than 5 but less than 7 hours, the driver may omit the 30 minute break.
The maximum driving time in 24 hours can never exceed 14 hours.

Marben Acosta Terán
Marben Acosta Teran oversees the overall international B2B marketing strategy for Mexicom Logistics. She is passionate about building a solid brand while creating useful content for its audience. Marben loves learning more about the industry and being part of the Mexicom family.
Recent Posts
Comments 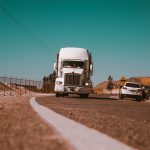 Strategies against insecurity in freight transport in MexicoShipping to Mexico, Trucking 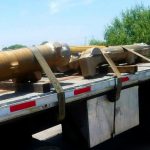