[Infographic] The United States, Canada and Mexico State of Trade

Canada, the United States, and Mexico form one of the world’s largest and most competitive economic regions. Last month marked the second anniversary of their trade agreement, the United States-Mexico-Canada Agreement (USMCA), also known as the new NAFTA.

During its years of existence, from 1994 to 2000,  NAFTA  boosted trade and helped integrate supply chains in  North America.  Then USMCA entered into force in 2020,  a year when the trade flows decreased significantly due to the COVID-19 pandemic.

In the post-pandemic period, the Mexico, U.S., and Canada trade bloc is experiencing a new boost and the relationship between the three countries continues to be strong. The total value of merchandise trade between Canada, the United States, and Mexico reached nearly $1.5 trillion in 2021. In the last North American Leaders’ Summit,  in 2021, leaders of the 3 north American countries agreed to work together to strengthen supply chains and increase trade opportunities.

The trade with Canada and Mexico represented 28% of the U.S.’s merchandise total trade in 2021.

The trade relationship between the three countries has been strong for decades. In 2000, nearly one-third of U.S. merchandise trade was with Canada and Mexico, a slight increase from 29 percent in 1994.

Canada and the U.S. share one of the largest trading relationships in the world, the total value of trade in goods and services between the two countries exceeded $1 trillion in 2021.

The U.S.-Canada/Canada-U.S. Supply Chain Working Group  focuses on enhancing cooperation in key areas such as:

Canadian trade and investment with Mexico is steadily growing.  The total value of trade in goods and services between Canada and Mexico reached $31.8 billion in 2021.

Export Development Canada has identified Mexico as a priority market thanks to its stability, growing consumer class, and competitive labor.

Canada identifies trade opportunities with Mexico in the following sectors:

Mexico’s most important trading partner is the United States (78% of total exports),  followed by Canada and China.

What is traded between Mexico, the U.S., and Canada?

The U. S. exports to Mexico

1- Gasoline and other fuels,

The U.S. imports from Mexico

Canada imports from the U.S.

1-  Vehicles other than railway, tramway

Canada exports to the U.S.

2- Vehicles other than railway, tramway

1- Vehicles other than railway, tramway

4- Commodities not specified according to kind 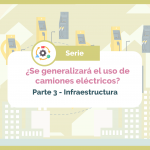 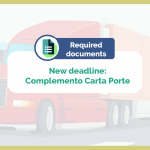