Known as “The Two Laredos”, the city of Laredo-Nuevo Laredo has become the international logistics center of North America.

With more than 4 million commercial trucks passing through Puerto Laredo each year, the Port is the connecting point of the Canada-US-Mexico trade route. The Port of Laredo tends to rank first or second in the US for the value of its exports. According to US trade numbers, year-to-date trade in Port Laredo was valued at $169.91 billion, an increase of 20.11 percent through July.

The first project with an investment of 390 million dollars, involves the construction of an international freight transport bridge called Puente Internacional Nuevo Laredo 4/5, which would be built on the Mexican side, Nuevo Laredo, Tamaulipas.

This project was addressed in the National Infrastructure Investment Agreement of the private sector that was planned for 2023-2024, announced by President Andrés Manuel López Obrador and the private initiative. Southwebb Bridge Company will be in charge of its financing, design, construction, operation, and administration.

Laredo has two ground freight transport bridges to Mexico: the Laredo-Colombia Solidaridad International Bridge (with Nuevo León) and the World Trade International Bridge (with Tamaulipas). In 2021, a record was obtained as around 5 million trucks crossed, as well as merchandise worth 248.5 billion dollars according to figures from the United States Government. And it is expected that 2022 and later will be even higher.

The second project with an investment of 80 million dollars, is a cross-border railway bridge that will connect Nuevo Laredo with Mexico announced by the company Kansas City Southern. Required to obtain 33 permits in Mexico, it will be a new single-track section, next to the current KCS rail bridge in Laredo, allowing both bridges to be used as needed.

The third project, with an investment of 30 million dollars, consists of adding an additional lateral bridge to be able to reallocate border lanes in the World Trade International Bridge, to improve the border crossing in both directions.

In Nuevo Laredo, the crossing time at the border bridges went from 40 minutes to 2 hours, which can cause significant delays in the crossing of cargo transport. These investments and projects are aimed at modernizing border crossings and speeding up the transit of people and goods.

Interesting facts about the commercial exchange in Laredo:

The High-Level Economic Dialogue between Mexico and the United States

The High-Level Economic Dialogue between Mexico and the United States (DEAN) resumed on September 9, 2021, works with four pillars, seeking first to strengthen supply chains and have modern and efficient border infrastructure.

Luis Ernesto Rodríguez, president of the Confederation of Associations of Customs Agents of the Mexican Republic (CAAAREM), mentioned the two main challenges for customs: the expansion of infrastructure and the fight against corruption. 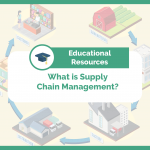