An option in case we experience new Mexico-US border delays

In recent weeks, the president of the United States, Donald Trump, has resumed threats to close the border between the US and Mexico in retaliation for migration wave.

At the beginning of April he wrote: “if Mexico doesn’t immediately stop ALL illegal immigration coming into the United States throug (sic) our Southern Border, I will be CLOSING the Border, or large sections of the Border, next week.”

In effect, the border was partially closed due to the shortage of US personnel at the border crossing. Customs and Border Protection reduced the operation of lanes to process passengers and cargo from Mexico to the United States. Thus, 750 agents from the Office of Field Operations were temporarily reassigned to help process the increase in illegal migrants.

As a result, significant delays were reported at the border. Crossings that used to take a couple of days in total, took up to a week in recent days. This situation had a negative impact on the economy of the companies that transport goods between Mexico and the United States regularly. Also, the inventories and productive processes of both nations were affected.

Send your load with a freight forwarder that backs you up

Mexicom Logistics is a freight forwarder that did not overcharge its customers for the delays in the borders during the period of partial closure.  The excellent relationship that Mexicom Logistics has with its network of carriers allows the company to obtain preferential rates for its customers even in times of crisis.

The costs of border detention vary between 75 and 150 USD per day. As some loads waited up to 7 days to be crossed, the total cost can reach 375 or 750 per load (not counting the two days of free time that transport companies regularly grant without cost). The use of a warehouse during the same 7-day period would reduce the cost to 10%.

Also, it is possible that after a long wait at the border, cargo will get stuck, due to the end of the service hours. In this case, having a yard and a warehouse to protect the merchandise is also a good option to keep cargo safe.

Mexicom Logistics has a warehouse in Laredo, Texas, where you can store either refrigerated or dry goods. More information at info@mexicomlogistics.com

Last note on the economic impact of a border closure

The United States and Mexico border closure would have great economic consequences for both countries, not only for Mexico.

“Closing the U.S.-Mexico border would inflict severe economic harm on American families, workers, farmers, and manufacturers across the United States. U.S. trade with Mexico exceeds $1.7 billion daily, and nearly half a million people legally cross the southern border every day as workers, students, shoppers, and tourists” said Neil Bradley, Executive Vice President and Chief Policy Officer of the US Chamber of Commerce. Also, Senator Mitch McConnell, Republican of Kentucky said: “Closing down the border would have a potentially catastrophic economic impact on our country.”

Some of the impacts would be: stopping or slowing down the production chains, increasing operating costs, lowering trucks availability, shortage of products, rise in prices, and general economic slowdown in both countries, among others. Here you can check the waiting times at the border crossing between Mexico and the US. 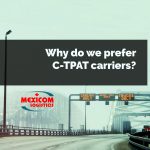 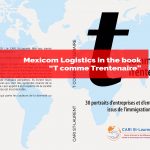