Over the last decade, a variety of support policies for electric vehicles were enforced to help stimulate a major expansion of electric car models, and the results are tangible. The U.S., market for electric cars is expected to continue increasing and represent 15% of the global car market in 2025, while this number is even higher in Europe.

As for heavy trucks,  part of Biden’s Actions to Accelerate  Clean Transit  Buses, School Buses, and Trucks is to fund trucks powered by batteries and hydrogen.  “The Department of Energy is partnering with industry to expand zero-emission truck technology through its SuperTruck 3 Program, with the latest round of $127 million in funding focused for the first time on reducing costs and improving durability in hydrogen and battery electric trucks.”

Additionally, the U.S. Department of Energy released a study showing that by 2030 nearly half of medium- and heavy-duty trucks will be cheaper to buy, operate, and maintain as zero-emissions vehicles than traditional diesel-powered combustion engine vehicles.

All efforts have been deployed, However, commercial heavy-duty trucks are considered to be the sector that is most difficult to electrify because duty cycles are more sensitive to range and payload weight needs.

The driving range is one of the biggest concerns for car shoppers considering an electric vehicle. There is even something called  “range anxiety”: Consumers fear that they will run out of electricity halfway and get stranded.  But how grounded is the driving range concern?

How many miles do Truck Drivers Drive a Day? The number varies depending on traffic, road conditions, bathroom breaks, and weather, among other factors. The Federal Highway Administration estimates that long-distance trucks log over 100,000 miles each year.

Drivers are expected to drive between 285 and 430 miles per day.

What is the current Driving Range of  Electric Heavy Trucks? Who currently makes heavy-duty electric trucks?

We present a list of electric trucks that are currently in production or expected to be produced and have a driving range of at least 230 miles.

Volvo Trucks is one of the companies leading the deployment of zero-tailpipe emission trucks across the world. They have set the target that half of all trucks sold are electric by 2030. Sales started in 2020.

The company recently launched an enhanced version of its Volvo VNR Electric with up to 85% increased range and faster charging.

“The first generation of Volvo VNR Electric had an operating range of up to 240 km (150 miles). Now an enhanced version of the class 8 electric truck is launched, with an operational range of up to 440 km (275 miles) and increased energy storage of up to 565kWh.”

Daimler Trucks’s all-electric Freightliner’s Cascadia enters production in North America this year after one million miles of testing in daily customer operations.   Customer deliveries are expected to begin that year as well.

Tesla is a leader in the design and manufacture of electric vehicles, battery energy storage from home to grid-scale, solar panels and solar roof tiles, and related products and services.

Tesla has been delaying the production of the Tesla Semi all-electric battery-powered Class 8 semi-Truck. Mass production is scheduled for sometime in 2023 and it is expected to have a driving range of 300 or 500 miles.

Electric vehicle start-up Nikola has begun production of its first battery-electric semi-truck in march of this year.  “The battery-electric version of the Tre is intended for shorter routes, with an estimated range of about 350 miles. Nikola expects to deliver between 300 and 500 of the trucks this year before ramping up production to a higher level in 2023. Nikola plans to follow the battery-electric Tre with a version powered by a hydrogen fuel cell that will come with a range of up to 500 miles, suitable for longer routes. That will be followed by what Nikola calls a “next-generation” fuel-cell model in 2025, suitable for long-haul routes with up to 900 miles of range.”

None of the Electric Heavy Trucks currently being manufactured has the driving range needed to cover the 285 to 430 miles that long-haul truck drivers are expected to drive a day. This will mean adding more recharging hours to an industry that is already under intense pressure to deliver cargo as quickly as possible.  However, electric heavy-Trucks can be a solution for last-mile deliveries and short heavy-duty regional haul applications.

Continue reading our next post on the series: Will heavy trucks go electric in North America?

Marben Acosta Terán
Marben Acosta Teran oversees the overall international B2B marketing strategy for Mexicom Logistics. She is passionate about building a solid brand while creating useful content for its audience. Marben loves learning more about the industry and being part of the Mexicom family.
Articles récents 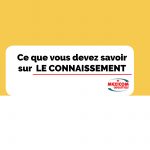 How do I ship freight across the Mexico-U.S. border? – The only guide you needBusiness, Carriers, Freight, FTL, infographic, Transporte de Carga, Trucking, Trucking